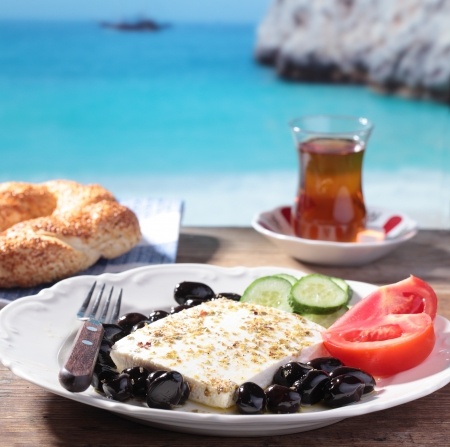 Tasty and nutritious, feta is one of the most sought after Greek products. The large cheese manufacturers, representing the most traditional sub-sector of the Greek dairy industry have managed to combine the tradition of authentic feta making with high quality standards. For the production of feta it is used milk by sheep and goat races, bred in the traditional way. The milk collection and its transport to the processing facilities as well as the production method itself are according to the hygiene and security standards of European Union's legislation.

By employing the HACCP system and complying with the ISO production standards, Greek cheese manufacturers ensure high quality products. With an exceptional combination of expert stuff, highly qualitative products, modern technology, state of the art facilities and a customer-oriented attitude, the large cheese manufacturers of Greece gave feta a worldwide recognition conquering the international markets. Feta is exported throughout the world and is present in the most important markets of the planet. The clientele of Greek feta producers includes retail chains (super markets chains and smaller retailers), wholesalers, as well as Food industry. The exports of feta marked a gradual rise during the last years reaching about 30,000 tons per year, while this export increase is expected to continue in the years to come. Greek feta producers cater the growing number of people, who seek for highly quality products, by seizing every opportunity to expand in new markets. 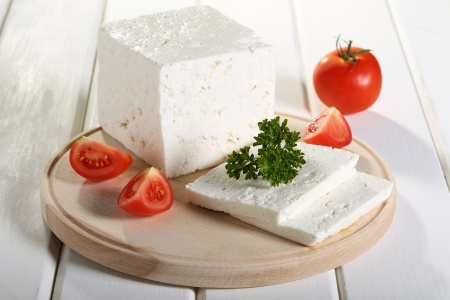 The unique quality of the authentic Greek feta is its assurance for achieving the best results in the future. The upward trend in feta exports of recent years continued in the current year 2013, as the first quarter the change in volume of exports reached 13.95% According to the data announced, Ukraine consumed over 200% more Greek feta in 2012 compared to last year. There is increased demand in the United Arab Emirates (+108%), Ireland (+66%) and Australia (+60%). Total exports of feta in 2011 amounted to 34 thousand tons, which is a 3% increase compared to 2010. Its exports involve 35 countries, both within the EU and outside, such as Asia, Africa , Oceania , and North America. The 59.18 %, ie the bulk of exports went to many countries; specifically in Germany, the United Kingdom and Sweden. Around 40% of the exports of Greek feta cheese is focused on Germany, which remains the main foreign market for local producers. Next is the United Kingdom with a market share of 14%, Italy with 12% and Sweden, Cyprus, Austria, USA, France, Switzerland, Belgium and Canada are considered important markets with prospects for growth. Feta represents between 70% and 76% of exports of dairy products.

US Market
Feta cheese is one of the most famous cheeses in the U.S. According to data from the National Cheese Institute (Cheese Market Research Project), sales of feta cheeses reached a volume of 14.4 million pounds in 2006 and a value of 122.8 million dollars, in total sales of dairy products of 8,881 million dollars. One of the main reasons that have contributed to the wide distribution of the product in recent years is the fact that feta cheese is one of the key items in the "basket" of the Mediterranean diet that has now become known to all for its beneficial properties for the body. The basic features of the traditional Greek diet, which is one of the healthiest worldwide, have a great impact on American consumers. Feta cheese contains less fat than many other cheeses marketed. Used as an ingredient in increasingly diverse type dishes, salads , snacks , sandwiches and other foods while more and more food packaging encountered on the shelves of supermarkets and chain stores delicatessen, are represented by feta .
At high levels of consumption of feta, has also contributed the existence of a major Greek-American community , particularly in the states of New York and New Jersey , which has strong ties to the birthplace and adheres to a large extent, especially Greek Americans first and second generation , traditional habits of Greek and Mediterranean diets .