A few words about Greek cheeses

Nowadays, cheese is an important part of the daily diet of Greeks and is being consumed every hour of the day.
Cheese is an important part of a healthy and balanced diet since it is a milk product that gives us the required daily quantity of calcium. The reason why the cheese is recommended to be consumed in such frequency, is because it is an essential source of macronutrients, vitamins and minerals. The cheese gives us, as it is popularly known, calcium, B vitamins and vitamin D, and protein. It is also an important source of proteins, fat (especially saturated), vitamins (A, D, B complex) and inorganic salts (phosphates). Although this is a food rich in nutrients, due to its high content of saturated fat and salt, its consumption should be moderate. 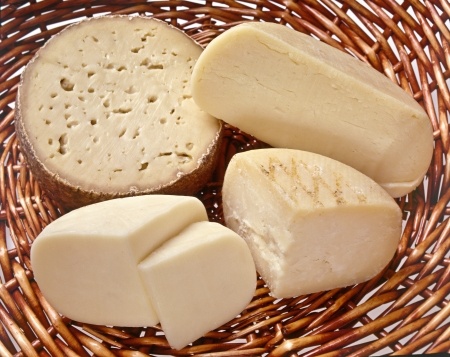 Of course, the quality of the produced cheese varies and this is based on other parameters, like the origin of the milk used, the method of preparation, and the ripening time.
In our country almost every region has its own tradition in cheese production.
In accordance with the Regulation of the European Union for the protection of food produced in specific areas in Greece, 20 species of traditional cheeses have been reported as Protected Designation of Origin. According to this legislation, P.D.O. is the name of a region or country, which is being used for the description of an agricultural product or food, that comes from the specific region, and whose quality and special characteristics derive from the specific environment.
The 20 Greek Cheeses that have received the P.D.O indication, are being produced with the traditional way, with milk from cows, sheep and goats that live and breed in the specific area. The production and ripening of cheese are being made in special facilities. Controls are being made in a regular basis, so the specification, quality and specific characteristics of the cheeses remain intact.
This is determined by the breed and livestock production, as well as the production and maturation of each cheese. There are many different ways of classification of cheese, which have to do with taste, color, texture, or way of production. We generally classify cheese into white and yellow, fresh and mature, hard, semi-hard, and soft.